Understanding The Different Types Of Sexual Harassment In The Workplace 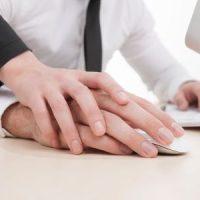 When it comes to sexual assault in the workplace, many of us believe that we know what it is, and that we will be able to identify it when we see it. But do you know the difference between sexual harassment, assault and sexual abuse or battery? Many people don’t understand the differences, or how it could impact their sexual harassment lawsuit.

Sexual harassment can be thought of as discrimination against someone because of their sex. There doesn’t actually have to be any touching. In fact, the harassment doesn’t even have to be directed at you or any individual worker, specifically.

Simply being in a workplace where someone jokes about or demeans women, can lead to a sexual harassment lawsuit. Similarly, a supervisor retaliating against you because you did not accept advances to date or engage in a relationship, can also be harassment. Offering or conditioning workplace benefits, like promotions or increased salary, on your accepting someone’s advances towards you, are also harassment.

Sexual assault goes a step further, and is a crime that can happen both in, and outside of the workplace. Sexual assault includes an unwanted touching; at its most severe, it can be rape, but it doesn’t have to be. Unwanted patting, touching, or grabbing, are all forms of sexual assault—even if the other person didn’t mean to be hostile, or didn’t do these actions with malicious intent.

Sexual assault can also be a sexual advance that doesn’t involve physical touching, such as someone exposing themselves, or sending unwanted lewd photographs to someone else.

Sex abuse is similar to sexual assault, but is often used in terms of assault and battery on someone who is vulnerable, such as the elderly, disabled, or young children.

Commonalities Between All of Them

Remember that your direct supervisor doesn’t have to be the one that is abusing or harassing you. Simply allowing other employees to harass you, or management “looking the other way” when fellow employees touch you in a nonconsensual way, is enough to warrant a sexual harassment lawsuit.

Most companies should have a sexual harassment and abuse policy, which should be made known to you, and posted in a public place. Failure to have such a policy, or failure to follow the policy, can also allow a worker who is a victim of sexual assault to sue for sexual harassment in the workplace.

Contact the San Jose employment law lawyers at the Costanzo Law Firm today for help if you feel you have been a victim of sexual harassment or abuse at your workplace.

By Costanzo Law Firm, APC | Posted on January 16, 2023
« When Does Your Employer Have To Reimburse You For Work Related Expenses?
BFOQ: When Discrimination May Be Allowed »
Free Intake Form
Evaluation