What Is A Tip? That Question Matters For FLSA Purposes 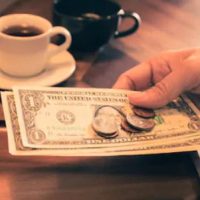 The Fair Labor Standards Act (FLSA) sets requirements on what the minimum wage is that must be paid to employees, as well as dictating how much employees must be paid when they work overtime. However, the law also recognizes that tipped employees are different. Employers, the law rationalizes, shouldn’t have to pay as much to employees who get tips, because those employees are making the tip money.

Tips Must be Paid

That does make some sense, except when employers play fast and loose with what a tip is, and what it is not.

This exact issue was brought before a federal court recently, related to a restaurant owned and operated by internet star “Salt Bae.”

The restaurant charged customers an 18% “service charge” on top of their normal bill. However, the restaurant kept that money and did not give it to its servers or tipped employees. The restaurant argued the money was not actually a tip.

The employees sued, alleging they were getting the reduced hourly wage, but not getting the tip, and thus, that “Salt Bae” and his company were violating the FLSA.

The FLSA actually doesn’t have any definition of what a tip is, leaving it up to the court to decide if this “service charge” qualifies as a tip.

The employees tried to argue that because the restaurant could, if it wanted to, eliminate the service charge, that it in fact was voluntary. But the court disagreed, saying the question is whether the customer could opt to pay the fee, not whether the employer/restaurant could eliminate it.

How Are Your Tips Treated?

The moral of this story for tipped workers is that employers often try to play fast and loose with the FLSAs tipping rules. What matters is not the title on a tip, or what it’s called, but how it is handled. If you get tipped, there are strict rules your employer has to follow—if it doesn’t the employer may have to pay you a full hourly rate, not the reduced one that is provided to tipped workers.

Is your employer not paying you what you’re supposed to be paid? We can help. Contact the San Jose employment law lawyers at the Costanzo Law Firm today to schedule a consultation.

By Costanzo Law Firm, APC | Posted on June 27, 2022
« Is Your Employee Manual Or Handbook An Enforceable Contract?
What Is Disparate Impact Discrimination? »
Free Intake Form
Evaluation