What Is Disparate Impact Discrimination? 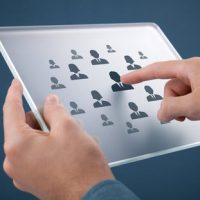 What is Disparate Impact?

Let’s say that a company requires a physical test as a condition of employment. As part of that physical test, a potential employee would have to carry a load of heavy weights up flights of stairs. After doing this test a number of times, it turns out that way more men can complete the physical test successfully than women can. As a result, the company ends up hiring more men and turning away more women employees.

The test itself had nothing to do with gender, and the company didn’t intend to discriminate based on gender. But the net result of the test had an overall negative impact on women, making the test discriminatory.

Note that there are some instances where discriminatory impact may be OK. In our example above, if the job was for a firefighter, where carrying heavy equipment up flights of stairs may be required, the test may be more likely to be allowed than if the test was for a technology expert where the test has nothing to do with the job itself.

In some cases, courts will allow some level of disparate impact when it comes to age. Courts acknowledge that some jobs may reward people based on experience, seniority, or other factors, which would exclude younger or older people.

Amazon Gets in Trouble

One very well-known example of disparate impact is Amazon which had a policy in its warehouses of rewarding or punishing employees based on how much or how little time they took on bathroom breaks.

The problem is that pregnant women tend to have to go to the bathroom more than other people, and it is illegal to discriminate on the basis of pregnancy. The net result of the policy was that pregnant women were getting disciplined or not getting other benefits because they were being punished for taking bathroom breaks they only needed to take because they were pregnant.

Disparate impact cases often require looking at a policy over a long period of time, and analyzing how it affects people of a protected class, whether it be race, religion, disability or gender. The subjective intent of the employer doesn’t matter—only whether something the employer did tended to exclude or harm a protected class of people.

Contact the San Jose employment law lawyers at the Costanzo Law Firm today for help if you think you may be the victim of intentional or unintentional discrimination at work.

By Costanzo Law Firm, APC | Posted on July 12, 2022
« What Is A Tip? That Question Matters For FLSA Purposes
Workplace Discrimination Based On Hairstyle, Looks Or Culture: Is It Legal? »
Free Intake Form
Evaluation