Workplace Discrimination Based On Hairstyle, Looks Or Culture: Is It Legal? 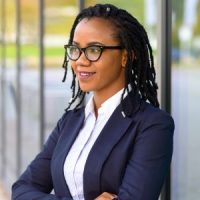 Courts are very divided on the issue of this kind of culture discrimination. This happens when an employer discriminates on a trait, characteristic, or style, that is often closely related to a race-but the employer isn’t explicitly discriminating on race.

This often happens with hairstyles that are unique to a given culture. In some cases, employers have told employees that they could not wear their hair in hairstyles that tend to be popular with, or worn by people of a specific race, background, ethnicity or culture. Often, employers will use subtle terms that make it sound like they aren’t discriminating, when in fact they are.

For example, they may prohibit braids, dreadlocks, makeup types, sexually ambiguous clothing or other styles, saying the employer just wants a “clean” imagine, or that the employer wants employees to look “professional.”

When these policies tend to target a style or look that is one used or worn largely by a protected class of people, the employee sues for discrimination. Courts have wrestled with these problems.

How Do Courts Rule?

Many courts have said that a protected characteristic, whether it is sexuality, gender, or race, is something that is involuntary. Whereas, a hairstyle, culture, or clothing choice, is voluntary, and thus, it is not illegal for the employer to discriminate.

Other courts–and often, the Equal Employment Opportunity Commission (EEOC)–have taken another view, saying banning clothing or styles that are traditionally worn by a culture, race, or class, is essentially the same thing as discriminating against that race culture or class, and thus, the employee can sue for discrimination.

These courts and the government also point out that many employers may use things like hairstyle or culture, as a “front” or a “pretext” to justify bias, sexism or racism.

In some cases, courts have looked at what job the employee has–where an employees is in a position where he or she is not in the public eye, such as, for example, an IT professional, or customer service that only handles matters on the phone, courts are more likely to find that the employer is simply discriminating by restricting looks or styles that are unique to a protected class or culture.

Remember that discrimination in the workplace isn’t always obvious or blatant. If you are being discriminated against based even just on a characteristic that you feel is associated with your race, nationality, gender, or sexual orientation, you may have a valid discrimination claim.

Contact the San Jose employment lawyers at the Costanzo Law Firm today for help if you are a victim of discrimination or an adverse employment action in your workplace.