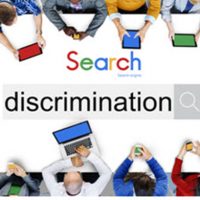 June may have been Pride Month, but these statistics are nothing to be proud of. It’s no secret LGBTQIA+ individuals face countless obstacles in the professional world. In fact, there have been a rash of recent lawsuits based on harassment and discrimination against gay, lesbian, and transgender employees.  Sadly, this is nothing new.

Statistics on Harassment of LGBTQIA+ Employees

Other studies similarly reflect an anti-LGBTQIA+ bias in employment and hiring decisions. Seven out of eight studies found any indicators of homosexuality on an employee’s resume reduced their likelihood of hiring and confirmed an anti-gay bias in most employment decisions.

What to do About Discrimination

Discrimination on the basis of a protected status, such as sexuality or gender identity, can have major career and economic consequences. Being passed over for promotions can keep LGBTQIA+ individuals out of key leadership positions, allowing businesses to continue perpetuating anti-gay and transgender hiring practices.

However, discrimination based on these statuses is against the law, and there are legal avenues available to you. If you have been harassed or discriminated against on the basis of an LGBTQIA+ status, and have suffered financial harm or received disparate employment treatment as a result, you have the right to sue your employer and receive compensation for the financial harm suffered.

If you have been harassed or discriminated against in the workplace as a result of your sexuality, gender identity, or another legally protected status, and have suffered financial harm or disparate employment treatment as a result, the experienced San Jose employment law attorneys at Costanzo Law Firm can help you get the support and compensation you may be entitled to. Call today to schedule a personalized consultation.