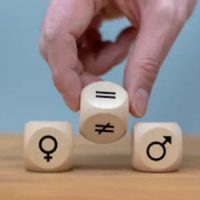 Tech giant Google suffered a setback in California state court earlier this week when a judge awarded class-action status to a lawsuit alleging Google paying its male employees more than its female employees. The case, initially filed in 2017 by four female California employees, who cited violations of the equal pay act, alleges Google violated the California Equal Pay Act by paying men an average of $16,794 more annually than it paid women doing substantially similar work. The class is estimated at nearly 11,000 women and reportedly seeks over $600 million in damages.  In addition to a lower base salary, the lawsuit alleges women were given smaller raises and less stock options than their male peers.

Google is only the most recent in a growing number of major companies being held accountable for disparities in pay between male and female employees. One of the first cases to test the boundaries of the Fair Pay Act was Coates v. Farmers, a class action filed in California’s Northern District which alleged Farmers Insurance paid its male attorneys more than its female attorneys handling similar work. Despite claims by Farmers’ Insurance that it did not have a “gender issue,” the landmark case was settled by our firm for $4 million in 2016 after the class of nearly 300 women was certified.

Rulings like this send a powerful message to corporations, that even the nation’s third-largest insurance company will be held accountable for unfair pay practices in court. This holding ensured that the millions of dollars that Farmers retained through their unfair pay practices would be redistributed to the victims of their systemic inequity.

What Comes Next for Google

The case will likely be tried in 2022. Many people are watching this lawsuit as a significant moment for women in technology, hoping it serves as a wakeup call for tech companies to ensure they comply with California’s Equal Pay Act.

California’s Equal Pay Act has been increasingly popular, but the law has existed for over a decade.  The 2015 Fair Pay Act significantly strengthened California’s Equal Pay Act protections, prompting more people to come forward. The 2015 changes made it easier to prove unequal payment by removing many of the barriers, protections, and requirements from the original bill.

What is Required for an Unequal Pay Claim?

In order to succeed on a claim of unequal pay based on gender, a complaining employee must demonstrate they were paid less than employees of the opposite gender who perform substantially similar work.  Whether the work is substantially similar is determined based on the overall skill, effort, and responsibility required.

If you believe you are being paid unfairly due to your sex in violation of California’s Equal Pay Act, you have legal options available to you. Talk to the experienced San Jose employment lawyers at the Costanzo Law Firm to learn what damages you may be entitled to. An employment lawyer can help you navigate the process, level the playing field between you and your employer, ensure your rights are protected, and help you get the financial award you may be entitled to.  Call today to schedule a personalized consultation.