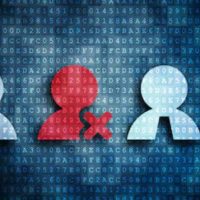 Pride month got a little brighter with news of expanded federal protections for gay and transgender students.  Earlier this week, the U.S. Department of Education extended federal anti-discrimination laws on the basis of sex to include gay and transgender students. This is a significant shift from prior policy, which banned transgender girls from playing and participating in school sports.  The new federal law stands in contrast to many state laws which ban such athletes.  However, schools receiving federal funding will now be required to ensure athletes are not discriminated against based on their sexual orientation, sex, or gender identity, and may lose their funding if not.

Relying on the last year’s landmark Supreme Court decision in Bostock v. Clayton County, 140 S. Ct. 1731, which prohibited discrimination against gay, lesbian, and transgender employees, the Department of Education determined students should be treated no differently and offered the same rights and protections.  Under the new policy, discrimination based on a student’s sexual orientation or gender identity will be treated as a violation of Title IX, the 1972 federal law which protects against sex discrimination in education.

In his announcement, the Secretary of Education emphasized gay, lesbian, and transgender students have the same rights and deserve the same protections as employees receive in the workforce.  This policy change standardizes federal rights and protections, making both educational institutions and the workplace a much more inclusive setting for gay, lesbian, and transgender people.

What Does this Change?

Although the changes may not be sweeping or immediate, this policy shift will have a much larger impact nationwide.  It creates grounds for gay, lesbian, and transgender students who have been harassed or discriminated against to bring complaints to the Department of Education or file a lawsuit in federal court.  Schools found in violation of the Title IX policy face a wide array of sanctions, including loss of federal funding.  This financial threat alone creates a large incentive for schools to create their own policies in alignment with the new federal law.

As a growing number of states introduce legislation aimed at banning transgender athletes from school-sponsored athletics, this policy change is particularly relevant.  The proposed state legislation bans largely target transgender female athletes and are currently under consideration in at least 20 states and already law in some other states.  These state-law bans now stand in direct conflict with federal policy.  While it is not clear how the Department of Education will respond in a broader sense, it does mean any transgender students prevented from participating in school sports or extracurricular activities because of her sex and/or gender identity may file a claim with the Department of Education or in federal court.  This opens the door to these bans to be challenged in federal courts, which could result in them being struck down.

Talk to a San Jose Attorney

If you have experienced workplace or educational discrimination on the basis of an LGBTIA+ status, contact the experienced San Jose employment attorneys at Costanzo Law Firm to find out how we can help you protect your rights and get the support and compensation you are entitled to.  Call today to schedule your personalized consultation.