Asian Elder Abuse, Hate Crimes On The Rise In California 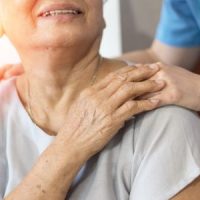 Recently two elderly Asian women, aged 63 and 84, were stabbed without warning while waiting for a bus in downtown San Francisco. Witnesses describe a man approaching the women with a large knife and attacking them suddenly from behind before walking away as though nothing had happened.

The attacker was identified as 54-year-old San Francisco resident Patrick Thompson, and he was arrested approximately two hours later. Both women currently remain hospitalized and are receiving treatment for their wounds, which were serious. This crime is just the latest in a long series of attacks on Asian-Americans that has occurred since the beginning of the Covid-19 pandemic. Racially-motivated attacks have been increasing nationwide. Notably, many of the victims targeted have been elderly. However, despite the clear correlation and deliberate targeting, police and state officials have been hesitant to identify these occurrences as hate crimes. In fact, while officials announced plans to combat the increase in attacks on elderly Asian-Americans in California, the Chief of Police confusingly stated that there was no indication that the attack was racially motivated.

While we may generally think of elder abuse as occurring primarily in nursing homes or assisted living facilities, in California, the actual definition is much broader. Elder abuse can occur anywhere, at any time. Under California law, criminal elder abuse occurs when someone knows a person is elderly and willfully causes or permits that person to suffer or inflicts unjustifiable pain or suffering on the elder. The civil definition of elder abuse is even broader, allowing financial recovery for physical, financial, emotional abuse, neglect, abandonment, isolation, abduction, or any treatment resulting in physical or mental suffering. This means that a single isolated act of violence against an elderly person constitutes elder abuse under California law.

Suing for Elder Abuse in California

In California, victims of elder abuse can sue to recover damages for the harm suffered. It’s important to understand that bringing a civil action to recover for the abuse does not negate your ability to also pursue criminal charges. Additionally, you do not have to receive a criminal conviction in order to succeed in civil court, as the civil definition of elder abuse is broader and the standard of proof is lower in civil court than it is in criminal court. A successful personal injury lawsuit provides compensation for all medical treatment related to the abuse, as well as for pain and suffering caused by the physical and emotional trauma. Additionally, in some cases, such as where the abuse was willful or malicious, punitive damages may also be available. These damages can be very high, and are intended to punish the offender and act as a deterrent against similar behavior.

If you or a loved one have been injured due to the willful, malicious, negligent, or reckless conduct of another, the experienced San Jose personal injury attorneys at Costanzo Law are ready to zealously advocate on your behalf and ensure that you get the compensation that you are legally entitled to. Call today to schedule a free consultation.