Close Menu
California Employment Lawyers > Blog > Employment > Does Your Employer Have To Accommodate You If You Have Fibromyalgia?

Does Your Employer Have To Accommodate You If You Have Fibromyalgia? 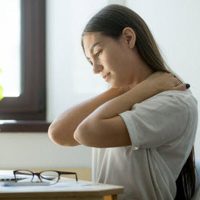 Fibromyalgia is a disease or condition that is not often understood, especially by employers. If you have been diagnosed with fibromyalgia, you may need accommodations at your workplace. Does your employer have to prove those accommodations to you?

Fibromyalgia is often a condition that is diagnosed when someone has symptoms, but no definitive diagnosis. The symptoms can include long term pain, back pain, fatigue, or pain in the joints, which aren’t explained by any other diagnosis that would reasonably cause the pain.

It is often referred to as chronic fatigue syndrome. The pain and fatigue can lead to other problems, such as lack of sleep, or reliance on medicines to be free of pain or to help the employee stay awake.

The ADA and Its Requirements

Under the Americans with Disabilities Act (ADA), any condition or ailment that affects a major life activity or which is perceived by others as doing so, is covered by the act. Your employer must make accommodations for you. Employers who say “Fibromyalgia isn’t listed in the ADA” are wrong—the ADA actually does not have a definitive list of every disease, illness or injury that is covered.

The ADA is very broad—if there is any doubt whether the ADA covers an illness or an injury, it will likely be covered.

What Accommodations Are Needed?

For example, if you have Fibromyalgia, and need regular breaks, or an irregular work schedule, or the ability to work from home, that all may be fine if you are an office worker. But it would be impossible or at least, very difficult to do if you were, for example, an airline pilot or a police officer.

For jobs that can accommodate fibromyalgia, common accommodations may be working from home, or a more comfortable chair, or the ability to stand up at regular intervals. The employee may need some additional days off, without penalty, so long as the work needed to be done, still gets done.

The accommodations required will vary, depending on the degree of your fibromyalgia—like many diseases or illnesses, some people will have milder symptoms, and some will be more severe. What accommodation must be provided to you, depends on the severity of your disease.

Are you being discriminated against because of an illness or disease at work? Contact the San Jose employment law lawyers at the Costanzo Law Firm today for help.