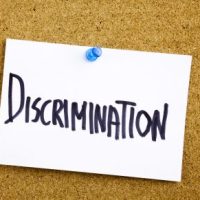 This latest discrimination controversy follows in the wake of another recent incident in which Pinterest paid $22.5 million to settle a gender discrimination lawsuit brought by their former chief operating officer. According to court records, the latest controversy was made public when two Black female employees in Pinterest’s public policy department altered the media to the problematic treatment that Pinterest employees were experiencing. In an effort to avoid having their brand become synonymous with harassment, the Board has implemented a plan that is meant to increase inclusivity and completely alter the company’s current culture. Details of this plan, however, have yet to be discussed or made public.

Discrimination of employees based on their race, gender, sexual orientation, gender identity, national origin, or any other protected status is illegal, and employers can be held accountable. The process can be somewhat complicated, and involves a number of deadlines and specific actions that must be taken, including notifying management, filing a complaint with the appropriate agency, and bringing a lawsuit if the previous two actions do not prove effective at remedying the illegal conduct. Of course, the prior two steps can also result in further problems if your company retaliates against you as a result of your complaints. Retaliation is also illegal, but can be jarring and have negative repercussions, including losing your job, being demoted, or experiencing other negative workplace consequences. If you are experiencing behavior that falls into this category, it is a good idea to consult with an employment law attorney to determine the best path forward.

By Costanzo Law Firm, APC | Posted on May 23, 2022
« Can My Employer Read My Emails?
Can An Employer Run Your Credit Or Check Your Credit Report? »
Free Intake Form
Evaluation