Our Employment Lawyers in San Jose Discuss Religion in the Workplace 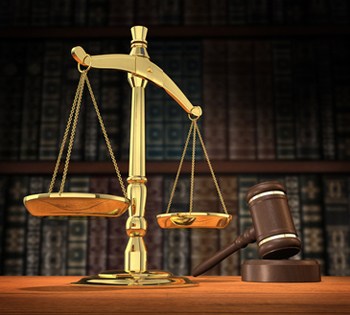 If you feel that your workplace has violated your federally protected rights, contact the experienced employment lawyers in San Jose for a consultation. Your employment lawyers in San Jose will be able to determine if your rights have been violated and what they can do to help you protect your legal rights. Americans enjoy many freedoms given to them by the Constitution of the United States. In the first Amendment in the Constitution, Americans are given the right to practice any religion that they choose to. In addition to that, the First Amendment also grants the freedom from the government imposing a religion on the people. While private employers are not bound by the same federal laws, they are bound by law to not discriminate against an employee’s religion. The following information provided by your employment lawyer in San Jose discusses religion in the workplace, anti-discrimination laws, and what you can do if your rights have been violated. If you find that you have further questions, contact your employment lawyer in San Jose to schedule a consultation.

Religion in the Workplace

America is a melting pot of many different nationalities and religions. It should come as no surprise that many workplaces employ people from all different backgrounds. In the working environment, the religion of the employees and the employer should not create any conflict. All should be able to believe what they would like, as long as those beliefs do not interfere with the work environment. Unfortunately this is not always the case. In many religions, devout followers will be required to dress a certain way, pray during certain times, eat certain diets, try to recruit others to join their religion, and other acts. Some of these actions could cause friction, disagreement, or more among those who work together.

While the government protects all religious freedoms under the First Amendment, the private sector is not required to do the same. However, private workplaces are required to follow any state or federal laws that deal with religion in the workplace. There is a statute in effect called the Title VII of the Civil Rights Act of 1964. This Title VII details how employers are not allowed to discriminate against employees due to their religion, race, sex, color, or nationality. Prohibited discrimination recognized by courts include disparate treatment, disparate impact, and a hostile environment.

Disparate treatment is an open and obvious form of discrimination. This type of discrimination involves an employee not being treated equally because of their religion. If an employer flat-out refuses to hire or promote anyone due to their religious beliefs, then this is a form of discrimination. If the employer’s business is religion-related, they may require all employees to adhere to the same faith. If a disparate treatment case gets taken to court, the judge will look closely at the employer’s type of work to determine if employees really do need to be of the same faith.

This type of discrimination can be a little more subtle than the last. This type of discrimination can involve the workplace making a policy that directly conflicts with an employee’s religion. For example, an employer may make a rule that no head coverings are allowed. This can be a direct conflict for some whose religions require them to wear a head covering while in public.

This type of discrimination happens when an employer promotes discrimination in the workplace, or does nothing to stop it by allowing the environment to be a hostile one. This can happen when co-workers harass another because of their religion to the point where the environment becomes intimidating or abusive. The harassment must be enough that it creates a hostile working environment for that employee. For example, a simple disagreement or a discussion about faith or religion would not count as discrimination. However, threats, insults, or actions made to harass another based on their religion can be considered as a violation of the Civil Rights. The employer will be responsible if they were aware of the harassment but did nothing to stop it.

Employers do have a duty to accommodate their employee’s religious beliefs; however they do have a little leeway when it involves conducting business as well. There can be a point where it becomes a burden for the employer to accommodate the employee’s religion. A reasonable request from an employee would include needing a particular day or shift off to follow their religious beliefs. What is not reasonable is if an employee requests to have an entire month off each year due to religious reasons. An employer being unreasonable can really depend on the circumstances. For instance, if an employee works as a DJ for a hip-hop radio station but their religion bans them from listening to hip-hop music. It is reasonable for that employer to fire the employee based on this reason. If the job has certain qualifications or requirements that must be followed, then citing your religious beliefs for not doing them is not protected.

Consult with Your Employment Lawyers in San Jose

Being able to practice any religion that you want is not a privilege, it is a right. If your protected rights have been violated in the workplace, then you need an experienced employment lawyer in San Jose to help you to protect those rights. Call today to speak with a knowledgeable professional from Costanzo Law Firm at 408-993-8493. Costanzo Law Firm knows the employment lawyers in San Jose that have the skills and dedication to help you fight to protect your religious freedom. Call today for your consultation!