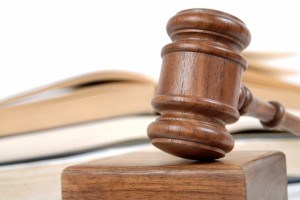 Written Promises from the Employer

If you have a written promise from your employer that outlines your job security, then you may not be just an at-will employee. If your document states that you can only be fired for specific reasons, or if there are promises about continued employment, then you may be able to enforce this written promise in a court.

Implied Promises from the Employer

An implied promise is a type of employment contract that is based on the things your employer has said to you and their actions. An implied contract may be difficult to prove in court, however, because many employers are careful not to promise continuing employment. There have been situations where it was found that the employee was promised permanent employment or employment for a set amount of time, or even set specific terms in an employee manual. There are a few ways that can determine if an implied promise has been put into place. The courts will look at the following to help make that determination:

If you feel that you were unfairly terminated, then it is possible that you can claim that your employer breached their duty of good faith and fair dealing. A court may find that your employer is in breach of that duty if they have done any of the following:

Discrimination in the work place is illegal no matter whether you are an at-will or a contract employee. If you feel that you were fired because of any of the following, then you should contact an employment lawyer:

Be advised that there is a statute of limitations on filing for wrongful termination due to discrimination. Contact your employment lawyer immediately to discuss your case.

Your employer cannot violate public policy in order to terminate your employment. State and Federal government have set in-place laws stating that employees cannot be terminated for any of the following:

Depending on the state that you are in, there are other specific situations where it is considered illegal for an employer to terminate you.

Proving that your employer set out to intentionally deceive you can be a difficult task. You will need to have documentation that can back up the representations that were made to you.

When there is a lawsuit to protect against defamation, that means that a person is trying to protect their good reputation and community standing. If your employer has made false or malicious statements about you to others, then that may be considered an act of defamation. In order to sue your employer for defamation, you must show the following:

It is illegal for employers to punish an employee who has engaged in legal activities. In order to prove that your termination is due to your employer’s retaliation, then you must show:

Schedule a Consultation with a San Jose Employment Lawyer

Being fired from your job can be a stressful event, especially if you feel that you have been wrongfully terminated. If this is the case, then you want an experienced professional by your side to help you prepare a lawsuit against the employer that illegal terminated your position. Contact your experienced San Jose employment lawyer for a consultation from Costanzo Law Firm at 408-993-8493. Costanzo Law Firm has the San Jose Wrongful Termination Attorney who has the dedication and knowledge to help you fight for your employment rights. Call today to schedule your consultation with the skilled professionals!