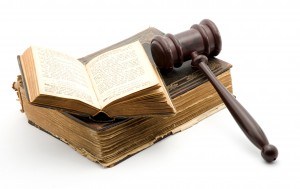 When All of the Circuits Agree

When Some of the Circuits Agree

Some of the circuits view situations in which a person was treated differently due to the animus the employer demonstrates toward their class. Examples could include the promotion of a male co-worker over you if you are a woman, and your employer has stated that they do not believe women are qualified. Similarly, if an upper-level executive has previously said that they don’t want members of specified racial groups hired, and a Caucasian was then hired over you, some circuits hold that is direct evidence. If your supervisor has previously said that people would be fired for going over their head, and you were then fired not long after you did to report them for sexual harassment, some courts believe that is direct evidence.

When you have been discriminated and retaliated against at work, you may need help from a discrimination attorney. To contact the San Jose discrimination lawyers at the Costanzo Law Firm, APC, call 408-993-8493.

By Costanzo Law Firm, APC | Posted on December 9, 2015
« Were You Hit by a Car? Our San Jose Personal Injury Lawyer Can Help
Speak with a San Jose Employment Lawyer Before Discussing Your Case to Others »
Free Intake Form
Evaluation