Is Fibromyalgia Covered Or Protected Under The ADA? 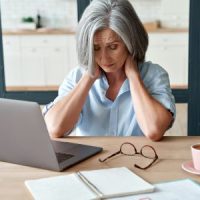 What makes Fibromyalgia so controversial is it is often a disease that is diagnosed when there is no other medical explanation for someone’s symptoms or illnesses. It is sometimes called “chronic fatigue syndrome” and as such many insensitive employers will just dismiss an employee’s concerns—or even a doctor’s diagnosis—by saying that the employee is “just tired.”

Sufferers of Fibromyalgia aren’t just tired—they can also suffer from long term continuous pain almost anywhere on the body, pain that is unexplained medically by any other condition or injury. Just as anybody would with that kind of pain the victim often then suffers from the side effects of pain such as loss of sleep depression or being reliant on medications.

Fibromyalgia is covered and protected by the ADA. But the analysis is not universal; it is done on a case by case basis because different people are often affected by Fibromyalgia in different ways.

If the Fibromyalgia has a significant impact on someone’s daily activities it will be covered and protected—even if it doesn’t affect the employee severely, all the time (that is even if the employee has “good days and bad days.”).

Additionally the ADA only requires that an employer make “reasonable accommodations.” That means that if you need more flexible hours or a more comfortable chair or more frequent rest breaks, or seating where there is better or lower light or less noise, your employer would likely have to make those accommodations. But your employer may not have to just let you work from home, or work on your own schedule.

What is reasonable will depend on your job and its requirements as well. In some cases if your job is one that requires that you be present, on given hours or which would make taking rest breaks impossible your employer may not need to make accommodations for you.

For example an ER nurse or an airline pilot may be jobs where even these seemingly small accommodations would be impossible given the nature of the job.

Contact the San Jose employment law lawyers at the Costanzo Law Firm today for help if you feel your employer is not helping you or is doing something that it shouldn’t be doing.